Sometimes Brouns’s architecture photography is a direct representation; often, however, the original shots are a catalyst for a new reality. 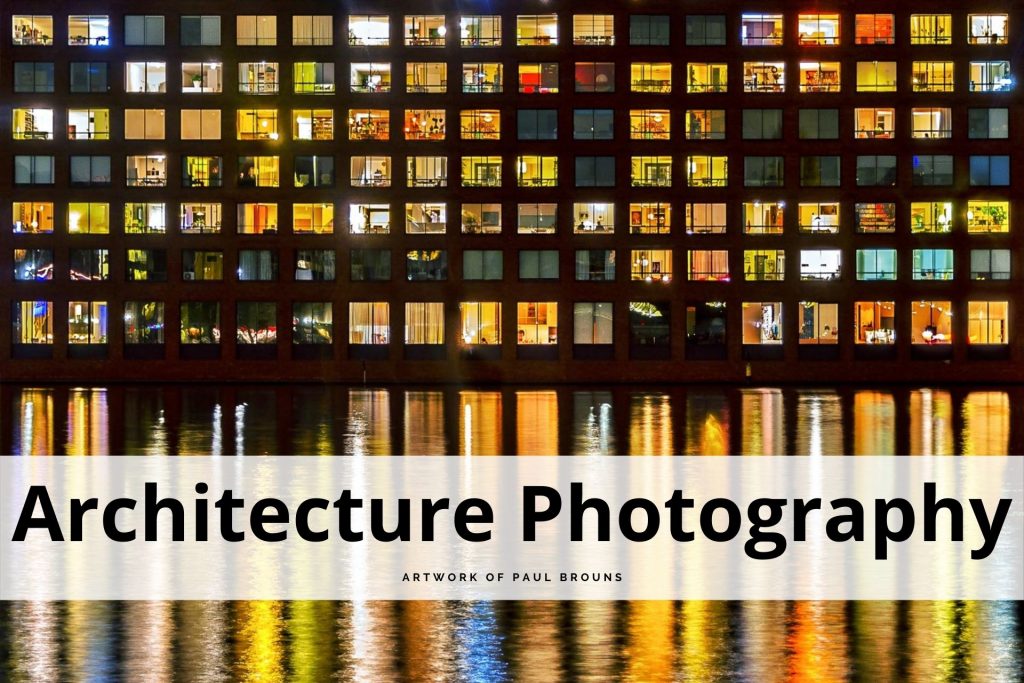 Paul Brouns (1967) is a photography artist living near Amsterdam. Observing the urban world, he is attracted by the abstract, rhythmic poetry of buildings. His work has been exhibited worldwide and sold to collectors, ranging from Tokyo, Seoul, and New Delhi, to New York, London, and Amsterdam.

“In my work, architecture is an ongoing inspiration and subject,” Brouns says. “Sometimes my images are a direct representation of what I saw, only processed to get the proper color balance and composition. Many times, however, the original shots become a catalyst for creating new realities out of them.”

Back in primary school

“I already knew I wanted to become an artist in primary school,” Brouns says. “I always loved drawing and painting.” As a teenager, he often took his painting gear and went outdoors to paint landscapes. At eighteen, his dream came true when he attended the Art Academy of Tilburg (in the South of the Netherlands).

“Over there I first got in touch with photography and it immediately appealed to me,” he says. “In 1990, I also graduated in photography, apart from drawing, painting, and an art teacher’s degree.”

The appeal of digital photography

After graduation, he spent about fifteen years mostly painting and drawing. Those were still the analog days. After a grant for artists, he also bought his first Apple computer, with which he started creating digital graphical artwork. This enabled him to also do graphical design assignments and earn some extra income.

He also continued photographing but didn’t have space for a darkroom. “I used photography for capturing inspiring things I found in everyday life and for documenting my art, which then was printed at my local photography shop and sometimes in a professional lab,” he says.

After the development of digital photography in the early 2000s, the medium gradually moved to the foreground again. His computer naturally transformed into a digital darkroom with increasing possibilities.

One of the teachers at the academy, Mr. de Ruiter, made Brouns aware of the visual meaning that comes from drawing in a certain way. “From the way in which an artist decides to draw a line, a whole range of next choices becomes more apparent,” Brouns says. “My drawings after that became more clean and clear. And my love of rhythm and geometry originated from these lessons, which also had a lasting influence on my photographic work.”

Having started as a painter in an abstract geometrical style, artists like Paul Klee, Agnes Martin, and Piet Mondrian were very influential, and they still are. He particularly was inspired by the photographic work of Alexander Rodchenko because of its dynamic use of the point of view, resulting in captivating compositions.

For the use of color in photography, an important influence was a photobook by German movie director Wim Wenders, entitled “Written in the West”. These photographs were made as location shots for his movie “Paris Texas” (also very beautiful) and it included lots of buildings (ranging from small gas stations in the desert to small-town façades), often with frontal views and very striking saturated colors.

Usually, Brouns works on multiple projects at the same time, as some ideas take more time to finish.

For instance, he has an ongoing series called “Fire Escapism”, featuring New York fire escapes, shot just before the pandemic outbreak. It is intended to become a collection for literally escaping the (sometimes dreary) reality into an imaginary world of rhythm, color, and creative joy. The need to escape is even more potent after a year of stay-at-home orders.

Other ongoing projects are “Urban Tapestries” and “Perspective Play”, which are also all architecture-related.

Put down your phone

“I would like to encourage young people to put down their phones more often,” Brouns says, “quit all apps, stay away from time-consuming games and those ongoing Netflix series… and go out into the world. Pay attention to everything there is to look at. There is so much beauty and poetry around us, just waiting for you to recognize it. So pick it up and create!”