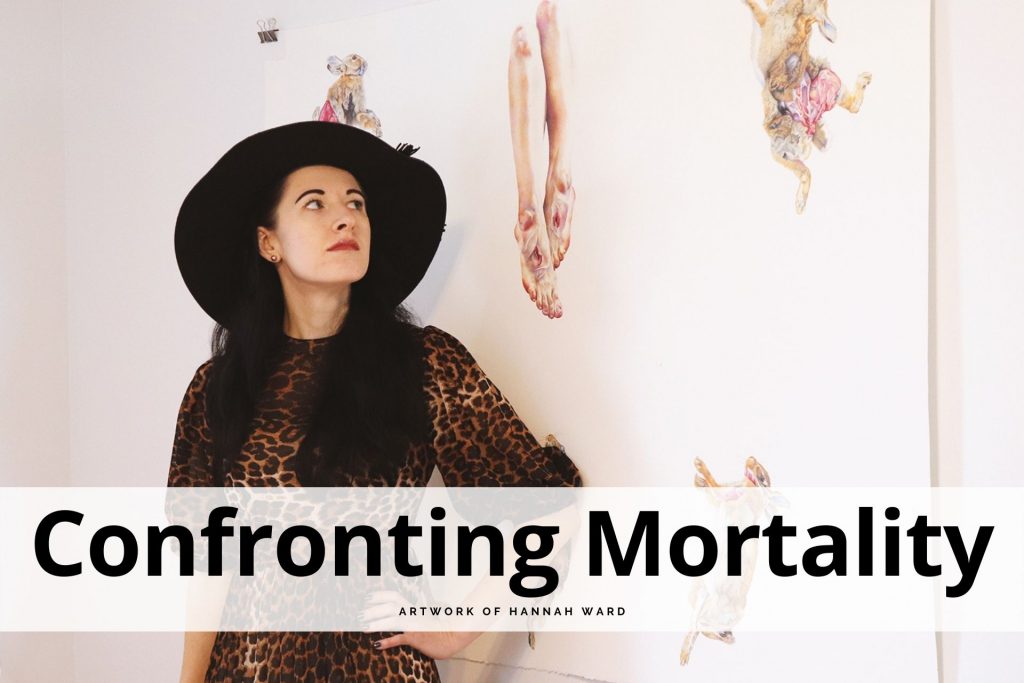 Hannah Ward was born in a very rural area in the U.S. where she was surrounded by forest wildlife. This context still has a large influence on her work today. Her art career began with illustrations of the animals, living and dead, that surround her. She wanted to memorialize their lives, and that’s how confronting mortality became her major theme.

Hannah became serious about her work when she decided to pursue her BFA in college, though at the time she was interested in scientific illustration. Today, she holds an MFA in drawing and painting from the State University of New York at New Paltz, and she also has a full-time career making custom prosthetics.

Drawing as a form of meditation

Hannah has always documented the world around her. “I feel compelled to draw as an act of healing and honoring,” she says. “I view drawing as a form of meditation and similar to constructing an altar.”

Right now she’s working on a series titled Violent Empathy. It consists of large-scale colored pencil drawings that will eventually be accompanied by sculptures. “It is a body of work that explores the fear and intensity of nurturing on a physical plane,” Hannah tells us. “The drawings are informed by personal memories, macabre historical events, and surreal, dreamlike imagery.”

She currently has a few works at Cryptic Gallery in Poughkeepsie, NY, and an upcoming group
show with a critique group she participates in.

There are several artists that had an influence on Hannah’s artworks like Berlinde de Bruyckere and Dorothea Tanning. She was also greatly influenced by film, particularly the work of Ari Aster and Alfred Hitchcock. “My visuals are often dictated by my personal journey with recovery,” she says, “along with insights I have explored through ritual, meditation, yoga, and alternative medicines. So I would consider anyone that has taught me spiritual practices or administered therapies to be a mentor as well.”

According to scientists, people who have recently confronted mortality are more likely to savor surrealistic artworks. There is something about contemplating death that evokes peculiar feelings in us, which can be great for the process of healing. Hannah’s artworks are breathing examples.