“Graffiti is the best art school there is. It’s a criminal offense with leaving something (beautiful…most of the time) instead of taking.” – Michiel Folkers 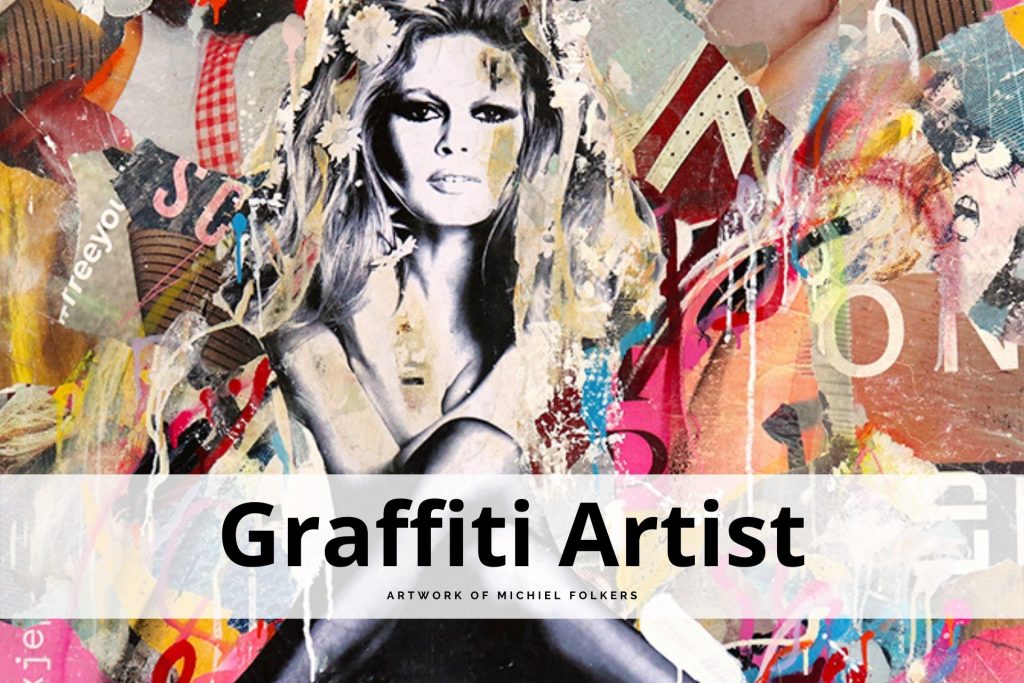 Michiel Folkers was born in 1982 in Zeist, a small place near Utrecht in The Netherlands. In the nineties, skateboarding and graffiti were common and popular pursuits in his neighborhood. He started experimenting with graffiti in the late nineties. For years, he remained active spraying letters on walls. When he got older, and more ‘mature’ and tired of the fights that are accompanied with graffiti, he was looking for something else, and slowly graffiti evolved in street art. The friendlier en less illegal character of street art attracted Michiel above graffiti. Besides, working with stencils was a much better technique to get more details done better and faster.

The Journey of a Grafitti Artist

From spraypaint to fine art

OWA: Why did you become a graffiti artist?

M: When I was a kid I grew up in a small boring town in the Netherlands. Nothing much was happening over here. My best buddy moved to Amsterdam. During the ’90s graffiti was booming in the capital of Holland. He got infected by spraypaint and so did I. Finally something that could wake up the boring town where I was living.

After 25 years the passion never left my body. It is still there. It only evaluated where I am now. Still working with spray cans but combining it with much more.

OWA: What mentors or other artists have had an influence on your work?

M: Graffiti is the best art school there is. It’s a criminal offense with leaving something (beautiful…most of the time) instead of taking. In a short time, you have to make something that should be nice. If you do this for a long period of time, you build some technique, which I am still using every day in my studio. So graffiti is my biggest influence although I am not writing letters for more the 20 years now.

OWA: What are you working on right now?

M: Most people will know my mixed media works. I am collecting street posters which I am using as a background for most of my work. I am painting, screening, or pasting over these canvasses. Famous woman, comics, or whatever I like. Besides I am making music-related artworks with dices. Most of the time more than 4k dices pasted on acryl board. For an impatient guy like me a heaven of a job 😉 I also dip teddy bears in ink and leave their marks on paper. Anyway, I do mixed things.

If you love Michiel’s work, you may also like these artists: 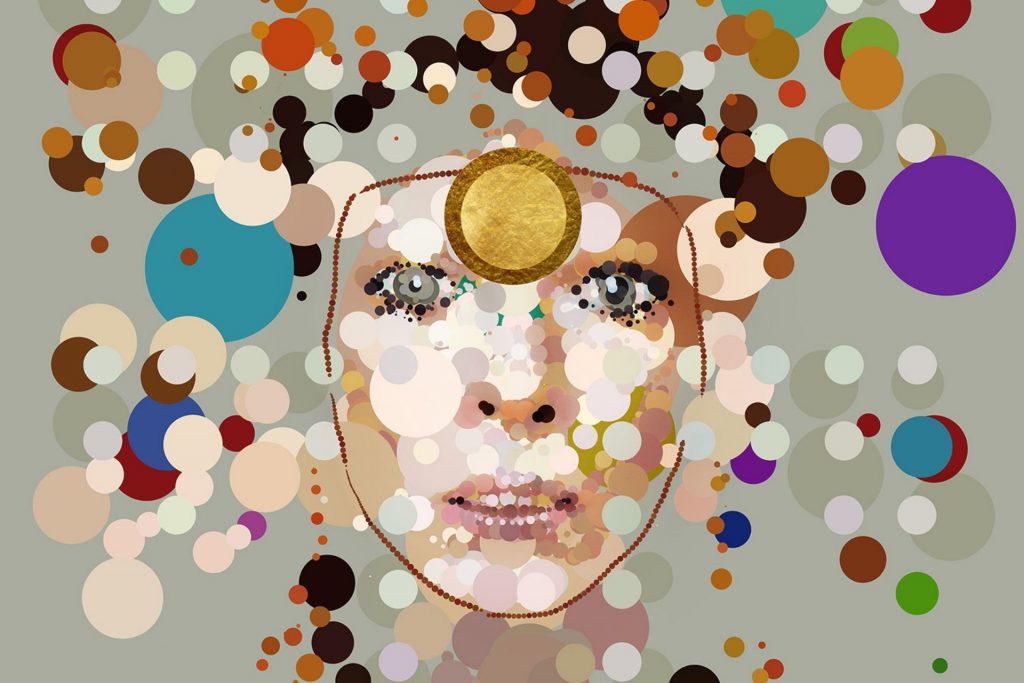 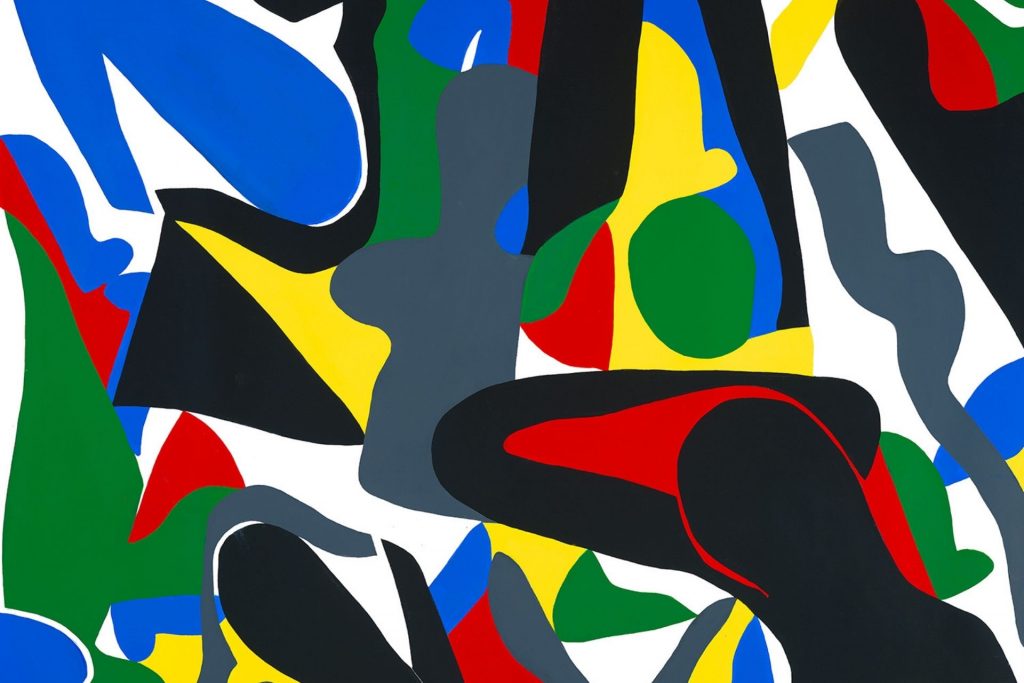 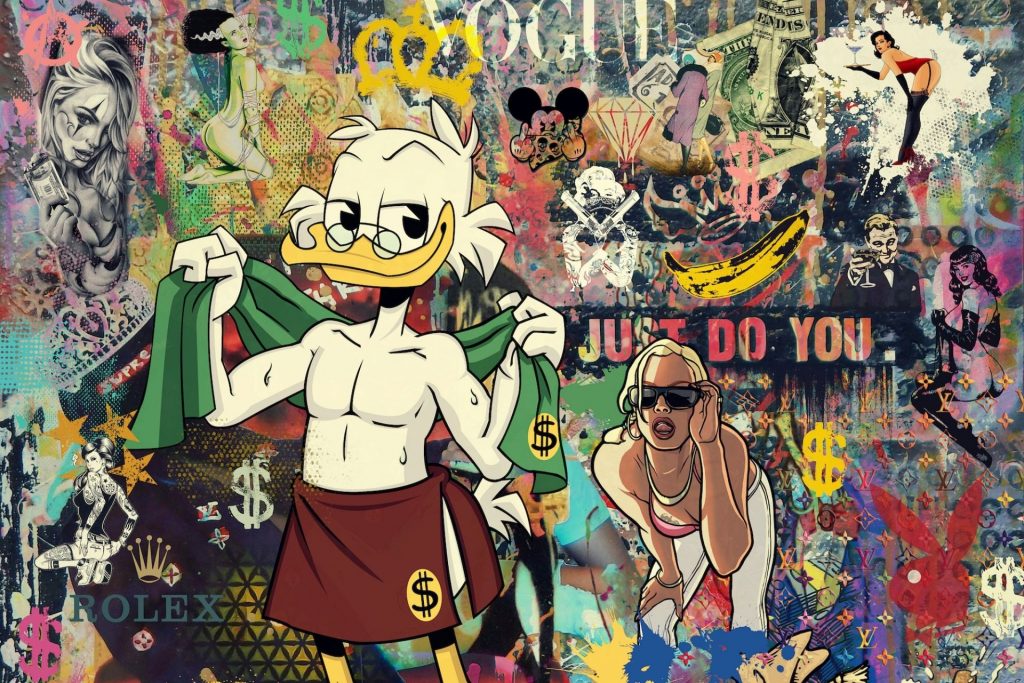