The Graffiti pop art of Cicero Spin is meant to convey and share his vision of the reality of life and his feelings about other people, often with a certain “scientific” feel. 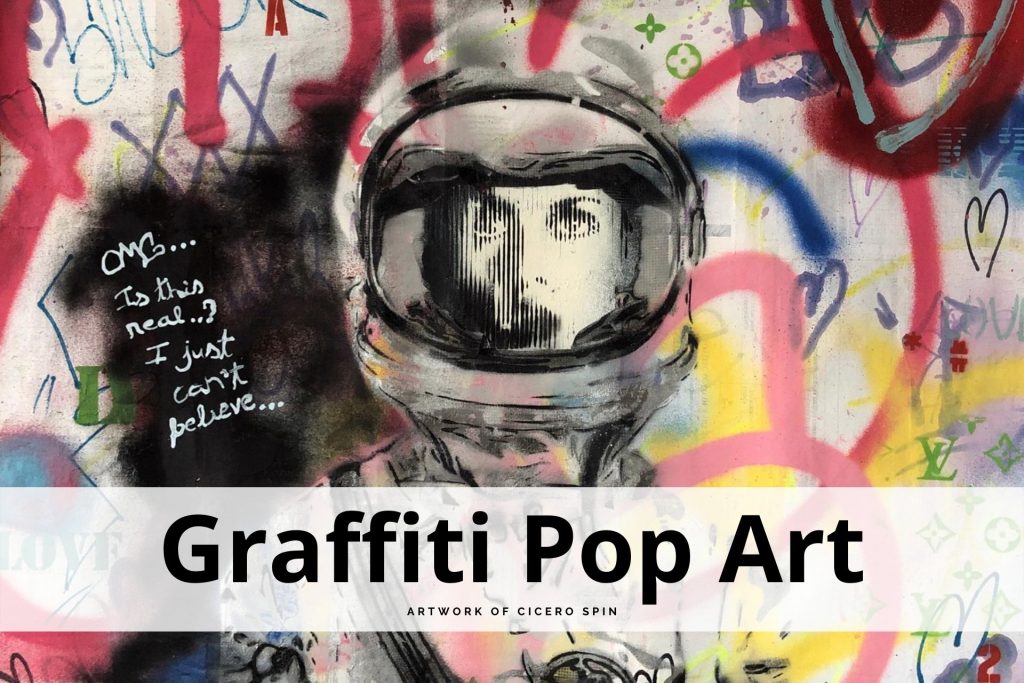 Cicero Spin is a self-taught Brazilian mix-media artist. He used to be a neurosurgeon but lacked the fulfillment of not just admiring art, but actually doing it. With a passion for beauty, highly intellectual problem-solving, optical illusions, and pop culture, his art is a strong blend of science and culture. Today, his artworks are part of private collections in Brazil, France, the United States, Italy, Israel, and Canada.

Cicero likes to do his graffiti pop art through painting on wood and professional-grade canvas. But at the moment he’s loving working on paper/fabric, handmade by himself using thrown away paper, glue, and household and cotton fabrics. “I just love the textures I get this way, besides the excitement of providing my own creative solutions and recycling material.”

The painter has the Universe in his mind and hands.

Cicero has had some “bursts” of doing art throughout his life, including a funny episode: him as a teenager asking permission from his parents to vandalize his bedroom walls, graffiti style. But it wasn’t until 2013 that he dove into studying art movements and painting techniques. “By that time,” he recounts, “I came up with my artistic alias ‘Cicero Spin’. It is a piece of my name (a long one, like many fellow brazilians, rooted in portuguese and italian traditions.) I chose it to be like an expression in english, ‘the way of Cicero’ paying homage to my father’s father, a man of great courage. As for me, the urgency to do art also represented taking a leap of faith, breaking expected standards, and overcoming fear of misjudgment.”

Cicero’s initiative to use old book pages came as an influence of Australian artist Loui Jover. He also became a fan of Leonardo Da Vinci, whom he considers his guiding light.

Cicero’s been working on pieces that depict people in helmets, gas masks, and other similar devices. “Those devices represent self-preservation while moving forward,” he says, “despite the odds of injury or even death.” At the moment, he’s also having his first solo exhibition near his hometown, Fortaleza, titled “Ciceroneando”. An intentional pun by Cicero that’s actually a verb in Portuguese, meaning something between “welcoming” and “guiding through”.