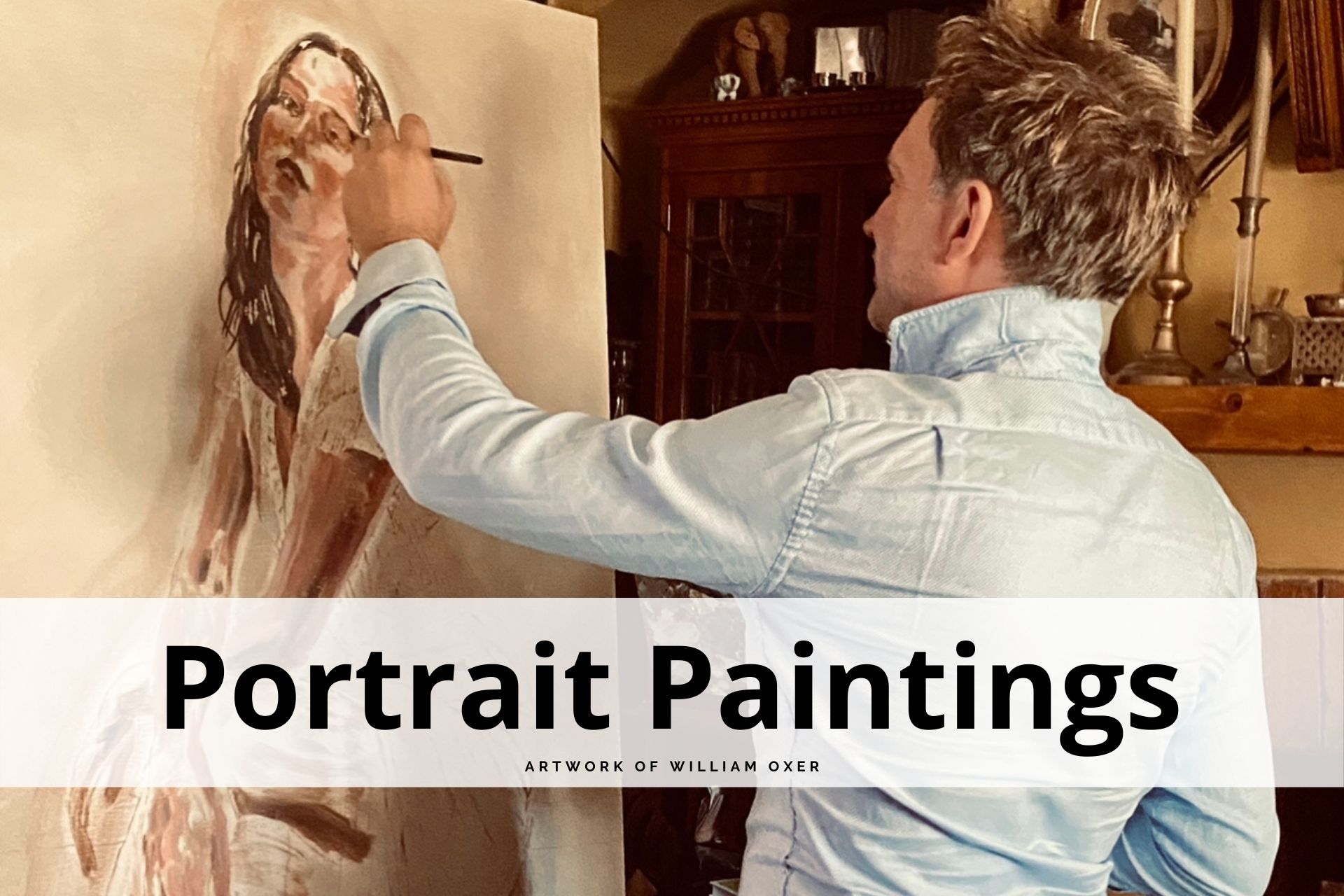 Drawing and painting always came naturally to William Oxer. “It was as though I had been given a gift to create and be creative and my skills and abilities were already formulated, waiting to merge and develop,” Oxer says. “So I never really felt as though I ‘became’ an artist. I always inherently felt that I was one, although, naturally it took until my later years before I was recognized professionally as such.” 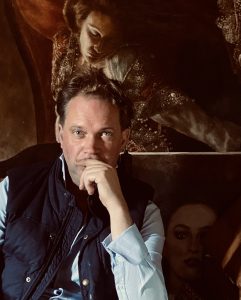 Oxer entertained other paths as his life unfolded; and at times painting was put on hold or sometimes, almost buried in the humdrum of daily requirements. From wonderful jobs such as working with the artist Alec Cobbe at the mansion of Hatchlands Park, to the daily grind of van driver at an independent wholesaler, William kept pressing forward not quite knowing what was next.

“I reached a point in my life around ten or so years ago when the proverbial scales fell from my eyes,” he recalls. “I had just got divorced, lost the house, ended my lousy job, and was too poor to keep renting. So I moved to Devon to start from scratch.”

He then thought, what am I really good at? What is really ‘me’? And he knew instinctively what to do. To pick up a paintbrush and just enjoy life again and do what he felt he was born to do. “As a daily ‘job’ or existence, I could honestly not wish for more,” he says.

Soon Oxer’s gorgeous portrait paintings were gaining recognition. In 2017, he was honored as a Fellow by the Royal Society of Arts. His artwork has been acquired by many distinguished collectors around the world. One of his recent figurative paintings will be auctioned at The Palace Of Versailles in May of 2021.

The depth of beauty

“My desire is to paint beauty,” Oxer says. “I believe there is enough horror and ugliness in the world and it does not serve me well to paint such.” He doesn’t feel that painting has to carry those emotions of suffering. “There is equal meaning in the lightness of touch and painterly brushstrokes, light, and beauty as there is in tortured paintings such as those of Francis Bacon,” he adds. “Each has its place. Who knows, perhaps my art will evolve and change again to encapsulate more.”

But for now, he enjoys painting beauty. “I have no interest in those who say that it is without depth,” he continues. “For me, it is a part of the very joy of life – and where that can be found, that should be celebrated.”

William is starting on a new piece that is not dissimilar to the large canvas he painted called ‘Lost Jewel’. The plan for this piece, once finished, is for it to be shown at the Royal Versailles Ball in Paris.

“I was going to show ‘Lost Jewel’ but a collector of my works in Singapore snapped it up!” he says. So the new piece will have a similar feeling to it although somewhat lighter in tone and mood. The plan is for it to be the showpiece for an auction to be held at the ball and prior to that at the British Ambassadors’ Residence in Paris.”

Portrait paintings in the works

Oxer is also working on a large canvas of one of his models, Lisa Long. They did a photoshoot together early last year with the backdrop of a friend’s stately home. She dressed in vintage gowns and dresses that he bought. “I do love the romantic and sensual nature of those dresses and, of course, they are a challenge to paint every fold and weave,” he says.

When asked about Oxer’s art, Professor Sir Roger Scruton replied, “William Oxer is not merely a painter; he is a distinctive sensibility, with a poetic vision he explores in many media. His art is affirmative, evocative, and forgiving…”

To see William’s most recent portrait paintings, visit his website >

Expressionist Paintings of a Scientist