Fiona Maclean’s sensual paintings seek to understand human sexuality and what it is to be female in the world. 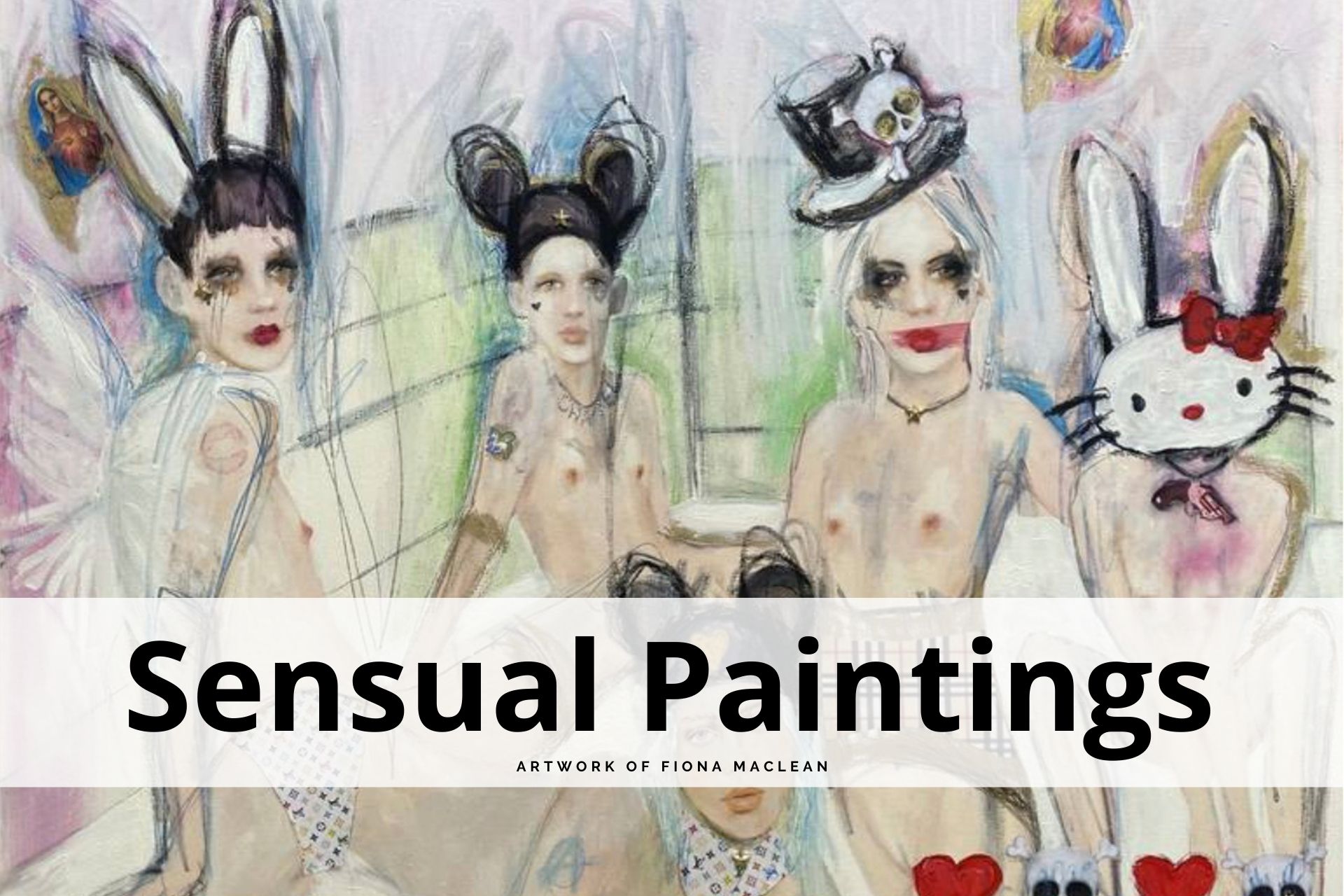 I became an artist, ultimately, so I could explore what it is to be female in this world.

New Zealand-born Fiona Maclean’s artworks hang in private collections around the world and appear in International reference books and publications. She has exhibited in Australia, London, and New York.

Fiona was also chosen as an Artist to watch and amongst a strong emerging talent of Artists in the ‘One to Watch’ series released by Saatchi.

We had the pleasure of interviewing Fiona about the inspiration for her sensual paintings.

Her ticket out of suburbia

“As a kid, I dreamt of being an actor or a performer but was incredibly shy and really didn’t have the confidence to pursue,” Fiona says. “As I got older, I realized that being an actor meant you were directed by someone else’s vision.”

Fiona soon discovered that she had a knack for art. In high school, she was encouraged by her art teacher. Then the idea hit her: being an artist could be her ticket out of suburbia. She could live anywhere in the world creating art.  “But in the back of my mind,” she recalls, “I really didn’t think it would be possible to make a living out of being an artist. So I looked at more ‘sensible’ jobs, but still in the realm of creativity.”

She left school and completed a course in graphic design. After that, she ended up getting a job as a fashion photographer’s assistant, then went to makeup school for film/tv/theatre in Sydney, Australia.

“I still felt like I wasn’t able to fulfill my whole creative vision in these careers,” she says. So she decided to give being an artist a go. It started with freelance illustration for fashion magazines. “I was finally regularly getting jobs and my artwork published,” she says. “But I still didn’t feel completely fulfilled as I was not the visionary; the Editor and Art Directors were.” She continued doing freelance illustration as well as working in film/tv doing makeup getting some pretty good gigs on big films and leaving painting to be more of a hobby.

Then her partner at the time was opening an office in New York and so she applied to Parsons, the prestigious art school in New York, now called ‘The New School’, and was accepted for a fine arts degree. Unfortunately, her studies were cut short due to him becoming sick. They moved back to Australia and Fiona began selling her artwork online initially through her website and eventually through an online gallery called Saatchi Art.

She was selling regularly. This, she thought, could be her career path.

Sensual paintings that explore what it is to be female

“I became an artist, ultimately, so I could explore what it is to be female in this world, to explore my inner world, both imaginary and sometimes real,” she says.

Fiona works on a few pieces simultaneously for practical reasons (e.g. oil paints take time to dry and watercolors/acrylics dry very quickly). She also sometimes gets to a point where she needs more inspiration for a painting and it has yet to come to her.

Currently, she’s working on a series called ‘Forever young’ which is mainly all oil on canvas. It was initially inspired by some controversial photographs by Sally Mann of her children. From there it has evolved taking inspiration from Instagram, Tik Tok, Snapchat sensations as well as pop culture. It’s about sexual identity, fashion, icons, emojis (the hieroglyphics of our time), logos, symbols, deities, and goddesses. The constant craving for the limelight.

“To get anywhere in life,” Fiona says, “you need perseverance and tenacity combined with being ‘ready’ for opportunities and timing… this is sometimes called good luck!”

Inside the Fantastical Mind of Digital Painter Patrick Gonzales