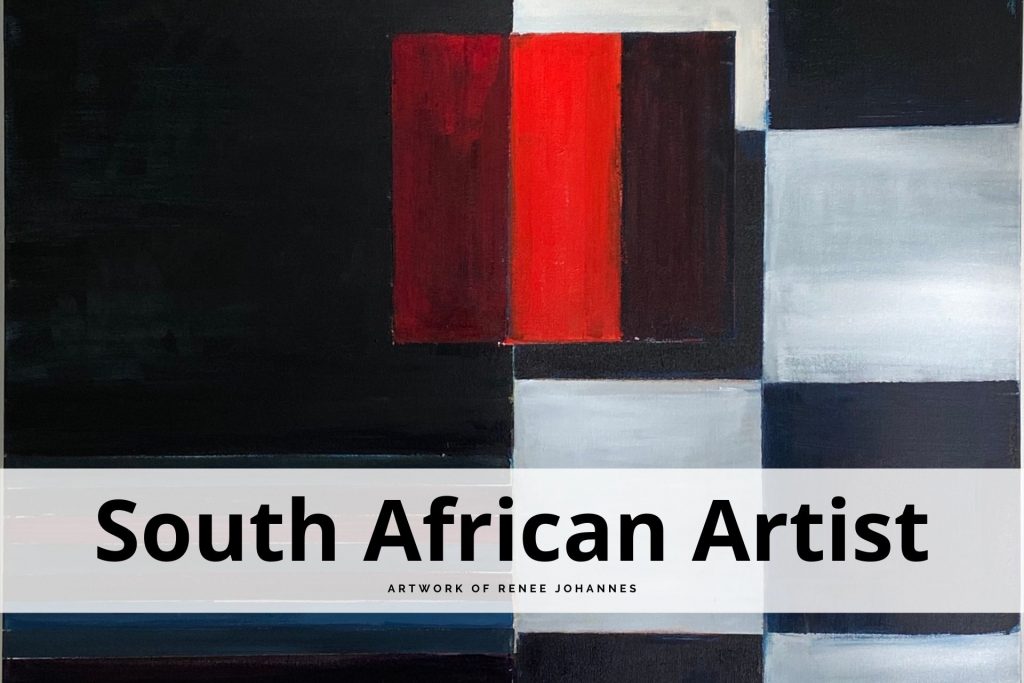 Renee Johannes is a South African artist. She practiced law for 22 years before making art her central pursuit. Having started painting in 1996 on a part-time basis, Renee gradually expanded the scope of her work through collaborations with a Master painter in the late 00s. Afterward, she completed an MA in Art History in 2011 from the University of the Witwatersrand. Her research relates to visual art and copyright law in South Africa.

When Renee’s father passed away in 2005, she was disheartened by the fact that he had so many unfulfilled dreams and unachieved goals, which served as a catalyst to her vocational shift. “My identity was tightly bound to my career,” she says, “and setting off on a new path was daunting but rewarding.”

The Rewarding Career Shift of a South African Artist

Renee is currently working on multiple bodies of work. The first is a series of abstract works that steps beyond what is simple and superficial. The second is a series of figurative paintings that are transpositions and translations of the Old Masters. As for her medium, she uses silkscreen in an expressive, rather than flat, style to create images with unique colors and marks. The images are printed on archive quality paper.

The images in Renee’s Yin &Yang series are inspired by the concept of yin and yang in Chinese philosophy. It insinuates that duality exists everywhere in this universe. Whether it be forces of dark and light, sun and moon, or masculine and feminine energy. The portrait of the unidentified girl below symbolizes the seemingly contrary forces that are, in fact, complementary, interconnected, and interdependent in the natural world. It also explores how these forces give rise to each other as they interrelate to one another.

Playful shading of the simple and the complex

I think everybody should be nice to everybody.

“Art is multi-faceted, as are its practitioners,” says Renee. The artist which most captivated her from an early age was Hieronomyous Bosch. And more recently, the celebrated South African artist William Kentridge whose expressiveness influenced her early charcoal works. For their simplicity and scale, the works of Sean Scully also stand out to Renee. You can detect the presence of the recurring themes of transposition (inversion and substitution) and states of mind in her work. The philosophy of Andy Warhol resonates deeply with her: “We share a sense of humor.”

“As artists,” Renee proceeds, “we are obsessed with our own immortality. I would like to be remembered for my character and the way that it is transposed in my art. In order to do this, I experiment with symbols and subject matter that have manifestly female associations. I extend these associations to the state of mind of women in society in a playful, feminist way.” 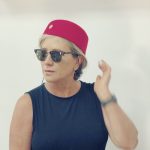 Renee has something to say to new artists

“Focus on creativity in a multi-disciplinary way. Learn a skill and combine it with art and creativity.”