“I’m pursuing the beauty of the intangible life of a city, the small things around us that we usually take for granted…”  says time-lapse photographer Xan Padrón. 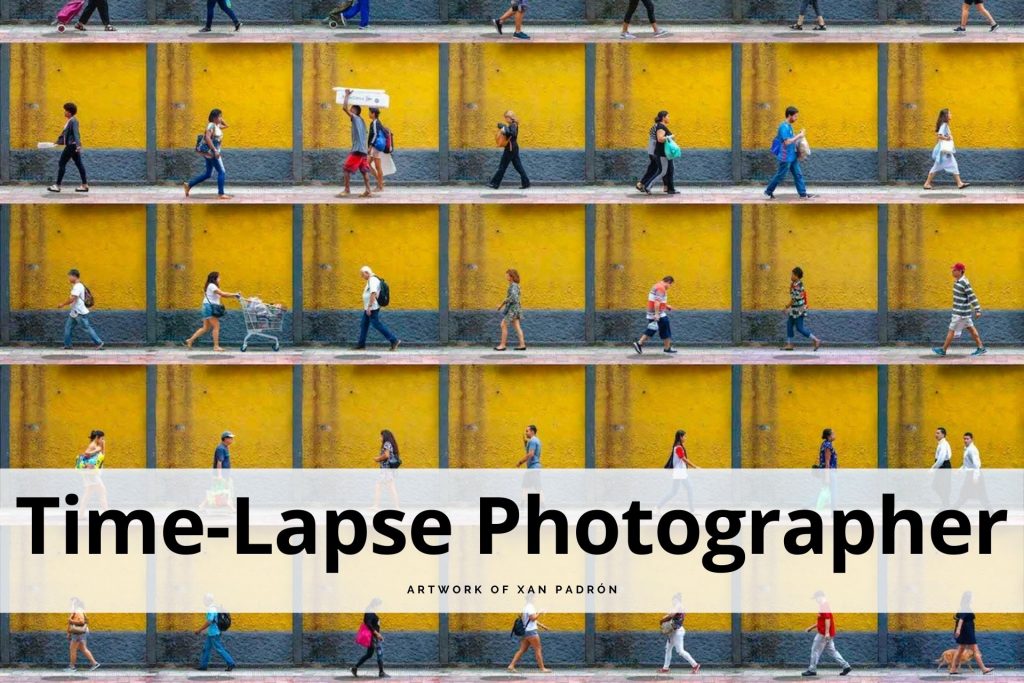 Xan Padrón is a time-lapse photographer, musician, composer, and educator from Galicia (an autonomous community in the northwest corner of Spain). His work has been exhibited in Spain, Canada, Israel, and the US. His portraits of artists have been published worldwide in newspapers, magazines, concert programs, posters, and album covers.

Before moving to New York, Xan toured the world as a professional musician (electric bass) for over a decade. He’s been traveling all his life, with both his bass and his camera. At some point, Xan dropped the bass, but photography has a lot to do with being a bass player: always there, always invisible, always watching.

Awe-struck by the whole photographic process

When he was seven old, Xan already had his first experience of taking photographs with his father, an old-school journalist. He taught him how to use his old Voigtländer camera. Xan also considers his photojournalist godfather to be his mentor. He allowed Xan to help him in the darkroom sometimes and on his thirteen birthday, he gave him a full darkroom set as a birthday present. “I remember the fascination of being able to go through the whole photographic process,” he recounts. “The planning, the shooting, and especially I was really struck by the amount of room available for experimentation in the developing process.”

Time-Lapse Photographer: one place, one moment, one pause

I’m fascinated about how much life happens even at the most remote corner of a city.

Xan is currently working on his Time Lapse Project. “My itinerant life takes me around the world on a constant basis,” he says.”And I love walking around cities, finding a spot to sit for a couple of hours, and, unnoticed, photograph random people passing by against a wall. These quotidian gestures, combined, create a unique narrative of life by a wall in a place in the world. Time Lapse: one place, one moment.”

Xan considers his works a kind of documentation of a city or a specific neighborhood. That includes cities in Spain, the USA, Dominican Republic, China, Italy, Portugal, Cuba, France, UK, Australia, New Zealand, Greece, Colombia, and Brazil. His series is not about the pictures he takes but about the life that emanates from a moment of observation; a moment of pause.

Recreation of the U.S. flag: visualizing the ‘We’

As a naturalized U.S. citizen, one of Xan’s most notable works is a recreation of the U.S. flag. Since he’s based in New York City, he documented it the most during the process. He started in his neighborhood, West Village, at the red wall. He then began to look for a blue wall and a white one. Once he found them, he just stayed there, taking pictures of people walking in the neighborhoods he inhabits.

“It was a fascinating process for me,” he says. “New York City is just a universe in itself and creating this flag in the city where millions of immigrants (like me) became locals, was my way of trying to visualize the ‘We’ as opposed to the ‘I’. No matter how divided we think we are, we still are a community of people sharing a space in the world and a way of life…”

Xan has something to say to you

“In my life, I have done many things from bar attender to teacher, United Nations worker, and freelance photographer for publications. While I was working in all these different jobs I never stopped my fine art photographic work.

“So if I would have to give a piece of advice to a young artist, it would be: perseverance.”