“I’m constantly in search of what is yet to be discovered in the world of art,” says Venezuelan artist, Carlos Perez Del Moro. 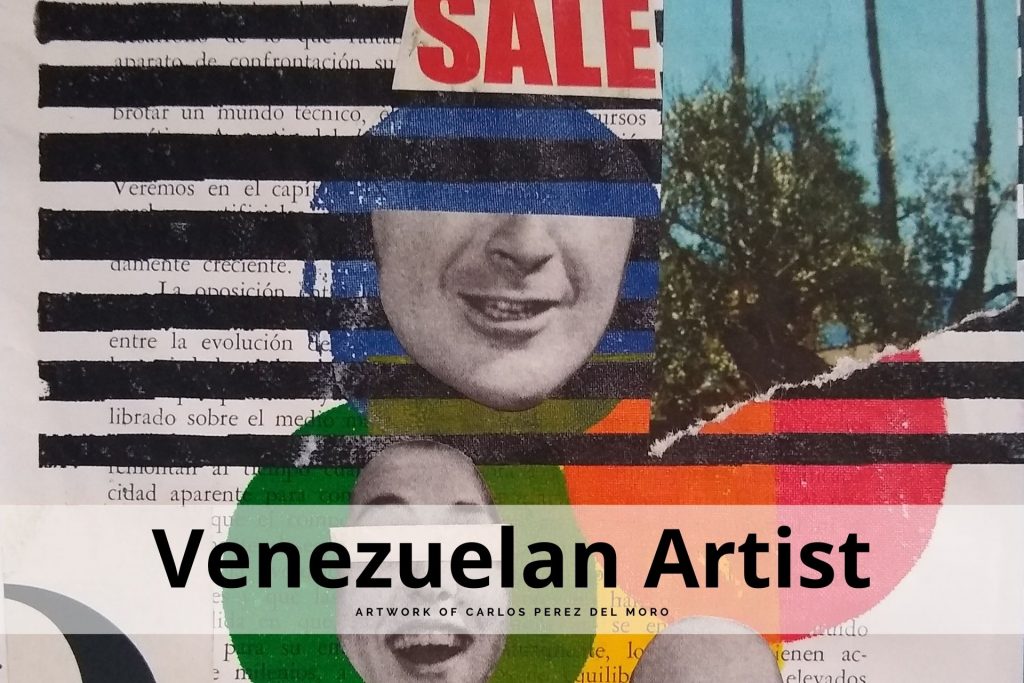 Carlos Perez Del Moro is a Venezuelan artist. Like many artists, his passion for arts developed when he was very young. “My mother’s father had a typeface in which they made many graphic works and there were all kinds of machinery,” Carlos says. “I remember a lot the noise that the guillotine made, it was a crude metallic sound. Well, I grew up in that environment. Then I saw graphic design class at university; I liked it a lot.” Carlos has spent his whole life surrounded by creative friends, artists, musicians, photographers, poets, cartoonists, and people of the arts.

Sometime between 2007 and 2008, he started the business of printing shirts, selling frames including all that encompasses printing and screenprinting. Despite the time he invested in creating these pieces, he wasn’t yet satisfied. Years later, he discovered a style that shaped the direction of his artistry while hanging out with a friend. Since then, he’s been experiencing an endless burst of creativity amid his artistic exploration.

Carlos enjoys inventing and sourcing materials that could be incorporated into his art. Among such materials are recycled cloth, magazine papers, and old books. According to him, there are no limits to how he can creatively use materials. 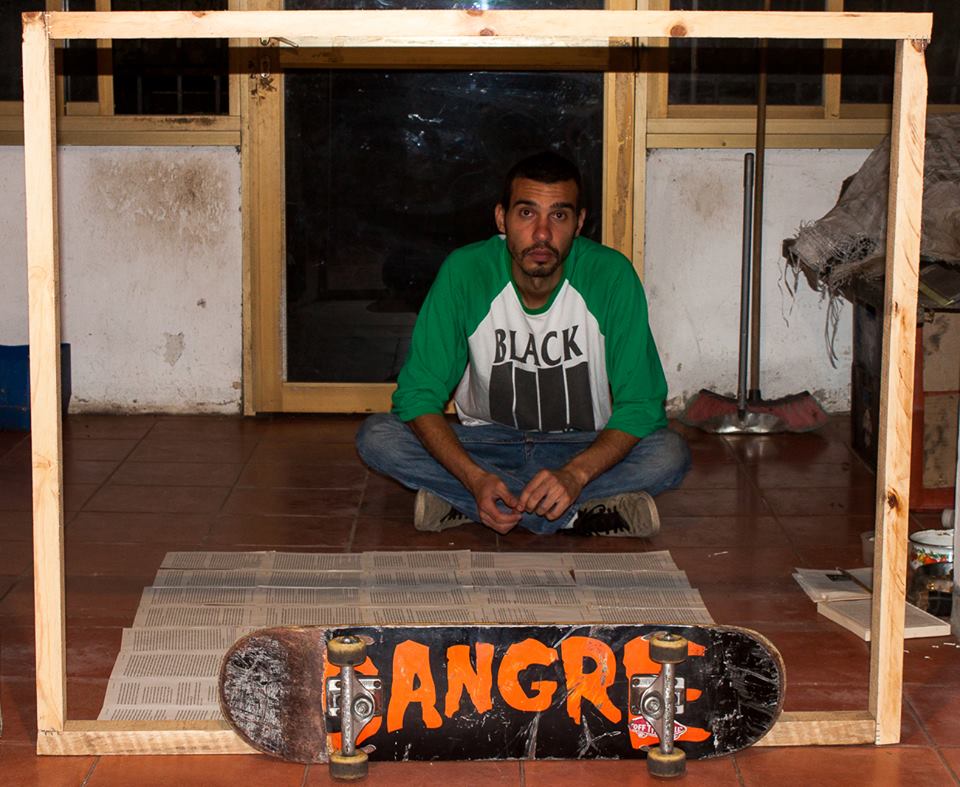 Carlos considers himself a graphic artist though his works have no specific definition. He likes to work with collages, paintings, installations, and digital designs. “Part of my first works were lamps that reflected the design on anything or surface when turned on,” he says. “Little by little I developed my style which is quite monochromatic.”

Carlos says he’s never had any mentors since he never formally studied art, though he mentions doing a lot of research while developing his art. Moreover, he’s been influenced by the works of Carlos Cruz Diez who plays around colors, and Jesus Soto whose artistic vibration is hard to miss. In addition, he mentions artists who have in some way inspired his art. Among those are Anni, Josef Alberts, and James Turrel, for the extraordinary things he’s done with space and light. Also, he considers himself on par with Robert Rauschenberg in regards to artistic exploration. Carlos says, “He transformed my vision into something, now my artistry knows no bound like his didn’t.”

Away from his direct influences, most of Carlos’s inspirations come from his feelings, emotions, and experiences. “Every day is not the same, we feel different every day and I have mood swings that affect the direction of my works, designs, or whatever I do,” says Carlos.

Currently, Carlos is working with lines, patterns, collages, and many prints. Recently, he discovered his passion for ‘kineticism’ because of the intimate connection it shares with the viewers. In particular, he’s enthralled by the way kinetic art extends the perspectives of its viewers to an almost hypnotic state.

Furthermore, he loves screen printing. “Screen printing is a very versatile art and it has a docile personality though complicated to master at the same time,” he adds.

“My philosophy is to keep creating and believing, and the rest would come along,” says Carlos.

Carlos is yet to ascertain how he’d like to be remembered because he believes it is too early for him to accommodate such thoughts. He feels his artistry is yet to peak, so he’d rather concern himself with how to continually contribute to art with his discoveries.

If you love Carlos’s work, you may also like these artists: 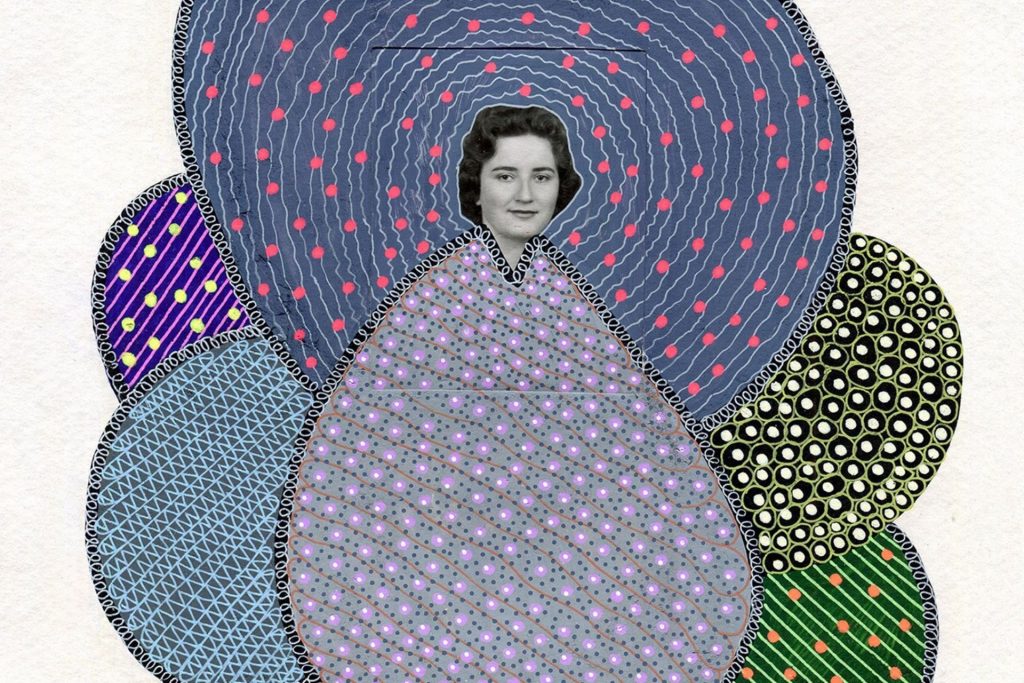 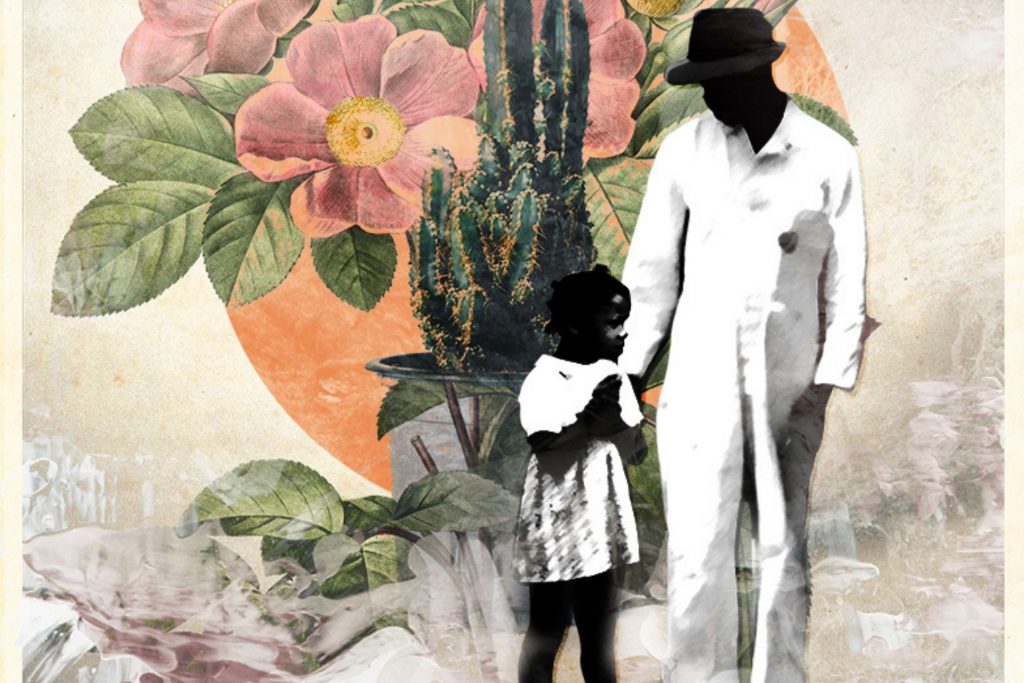