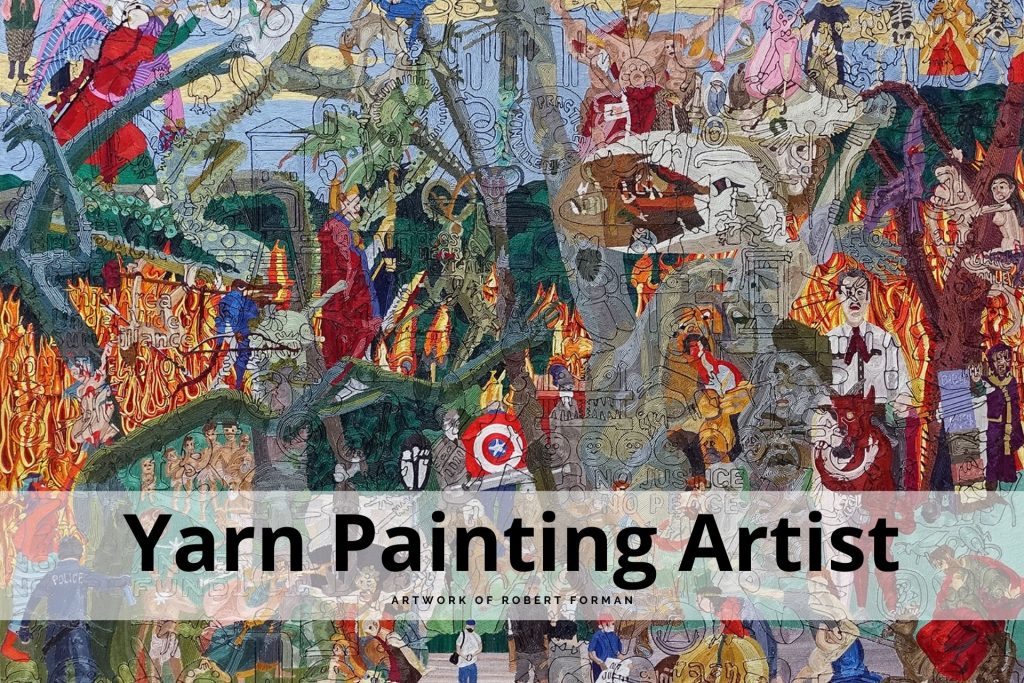 Robert Forman became a yarn painting artist several decades ago. His interest in this style of art started when he was in high school after he discovered he could incorporate one of his mother’s embroidery threads into a collage. That particular discovery bore his yarn painting skills which he has honed and mastered over 50 years.

Before discovering yarn paintings, he’d been exceptional at drawing, and he did this more often in college than he did yarn painting at the time. “Initially, I kept my yarn paintings to myself while I was in college at the cooper union, because my professors preferred my drawings to my paintings,” he says.

Robert says, “Once I was invited to a show in a Manhattan gallery based on slides of my work. I brought my piece to the gallery who admired it until realizing that it was made with yarn. I was dropped from the show and told that if the yarn was a legitimate art technique, I wouldn’t be the only person using it.”

After seeing a yarn painting at Greenwich Village flea market, Robert discovered that yarn painting was a traditional art form among the Wixarika (Huichol) people of Mexico. This discovery assured him he wasn’t alone.

Robert mentions John Merino, his high school art teacher as one of his major inspirations to become an artist. John later introduced him to another student, Doug Wilson, with whom he shared a beneficial friendship on an artistic level. Afterward, he met Jack Whitten, his painting professor who later became his mentor at Cooper Union. It was Jack who brought the Huichol yarn painting community to his knowledge and also wrote in support of his Fulbright Fellowship to Mexico to meet fellow yarn painters.

In Mexico, he met many of the great Huichol yarn painters, but it was with the late J Refugio Gonzalez Lopez he had the closest affinity. This connection continues to blossom with his sons Arturo and Diego.

Robert has received several fellowships invites from several organizations. They include Artist Fellowships from the National Endowment for the Arts, The Adolph and Esther Gottlieb Foundation, The New Jersey State Council on the Arts, and the Ludwig Vogelstein Foundation.

Robert says the interface between his interior self and the outside world is the uniting concept behind his recent work.

“The piece I am working on now is titled Trees and Doorways,” says Robert. “The two small pictures attached, Doorway and Elm Tree are preliminary studies for this picture.”

Robert’s yarn painting technique is unconventional and unique from the standard art categories. He believes placing excessive focus on his medium could hinder how the essence of his art is viewed.

He says, “My work is highly personal. Visual narrative is my focus. My goal is to mesh technique and concept seamlessly so that they become part of a piece. Whether working from one drawing or merging multiple images into one final piece, my goal is a painting that continually reveals itself over time.”

If you love Robert’s work, you may also like these artists: 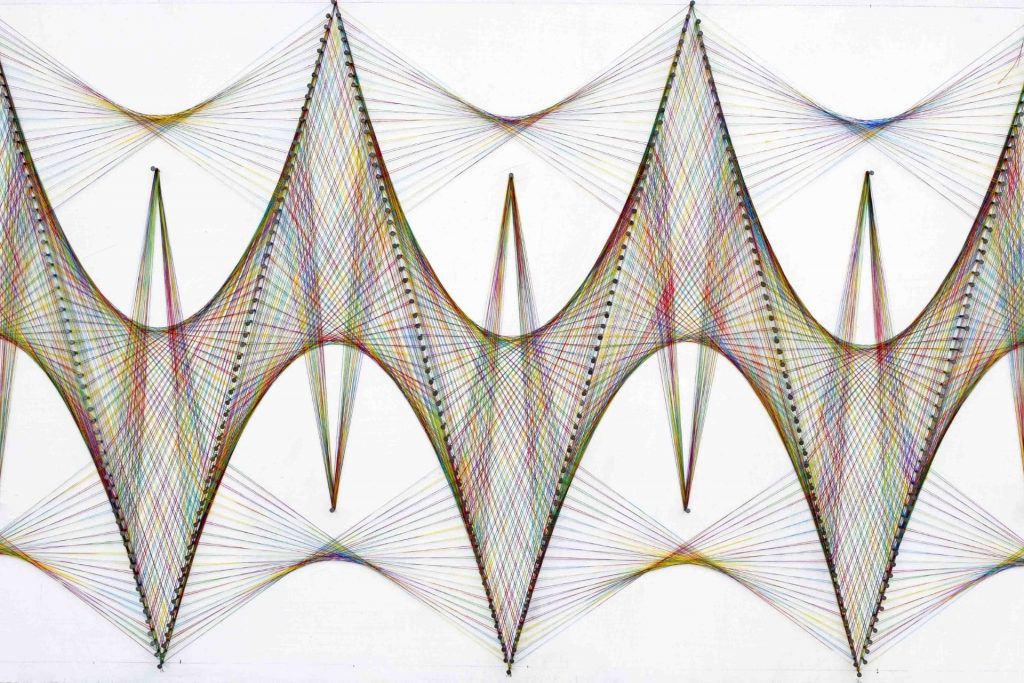 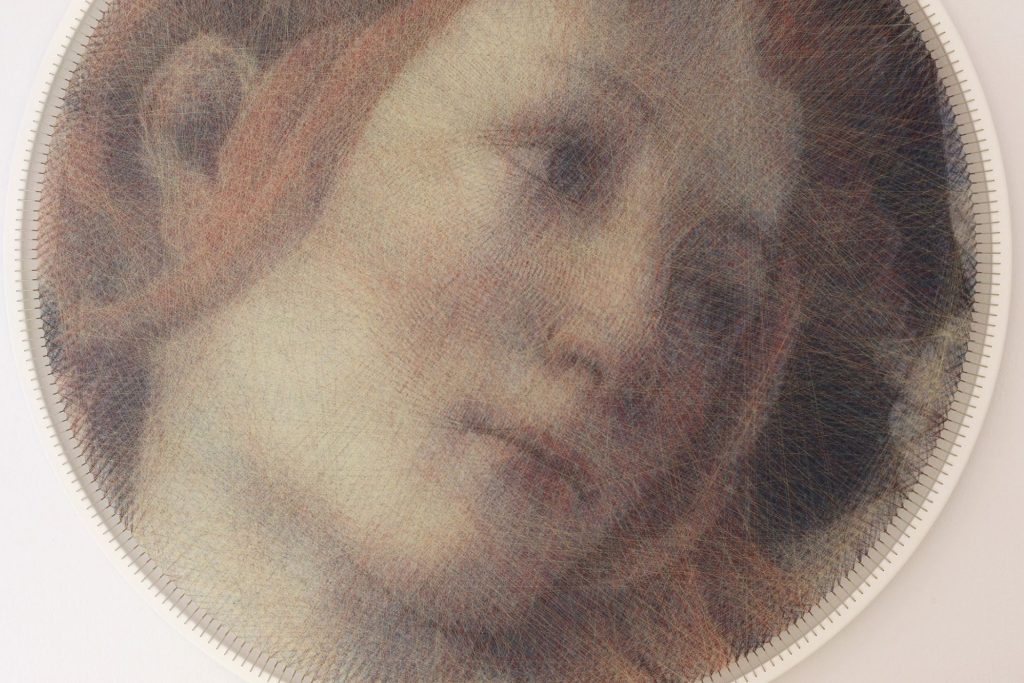 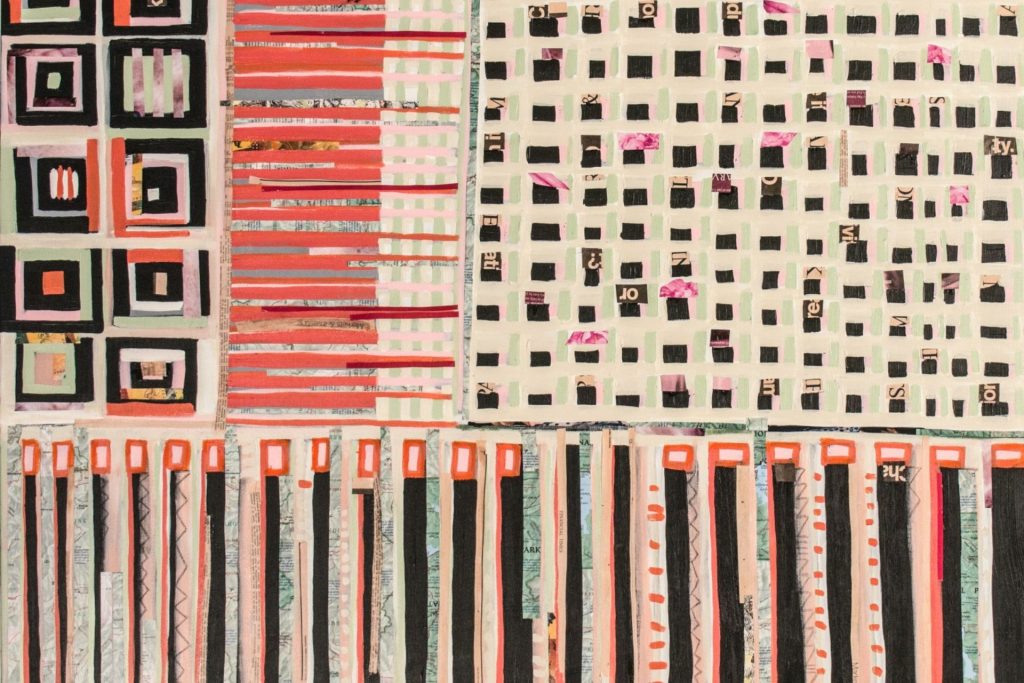 11 Popular Drawing Styles You Should Know